Pregnancy and The Chapel...

So you may think that the two don't go together and you are technically correct but it all happened at the same time!

Ruby was always busy at work and I hated that I was the only girl sometimes, but if I couldn't beat them, I would join them... so I did.  The famous Chapel Street was our oyster for the night.

Naturally wearing leather trousers, as is standard for me, I was all doled up and off out with the boys!  I was drunk.  Again.  It was the night where I really started to feel comfortable with people and I must say things that happen in the bathroom (wink wink) should stay in the bathroom... they sort of did.  Nobody to this day knows about it and I can't divulge just in case.  Sorry folks.  Basically things didn't stay they, they continued, in secret...

So I've told you about the Chapel... now for the pregnancy... Miss Cupcake sends me a text to say that she has missed her period and thinks she is pregnant.  This is amazing as I know that her and Dale were trying.  Though when she sent me a picture of the positive pregnancy test the next day she swore me to secrecy!

It was a few days later where Ruby invited me for a girls night for her friends birthday... this is where I formed an amazing friendship with Klara... OMG... the girl is bloody amazing despite there being a 6 year age gap... it just totally works... she is awesome...  The night took a serious dive from there though.  Everyone was too drunk and I was too sober (this is the only time that happened!) and I was just bored and wanting to go home!

Until Next Time... xx
Posted by Missi at 16:56
Email ThisBlogThis!Share to TwitterShare to FacebookShare to Pinterest

Please leave your feedback below or you can email me at theadventuresofmeandmymini@gmail.com

Older Post Home
Subscribe to: Post Comments (Atom)
Would love you to come with me on the journey of belly flipping laughs, happiness highs and making the best of a bad situation... 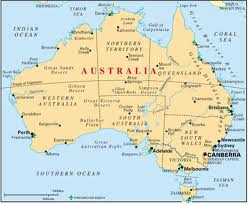